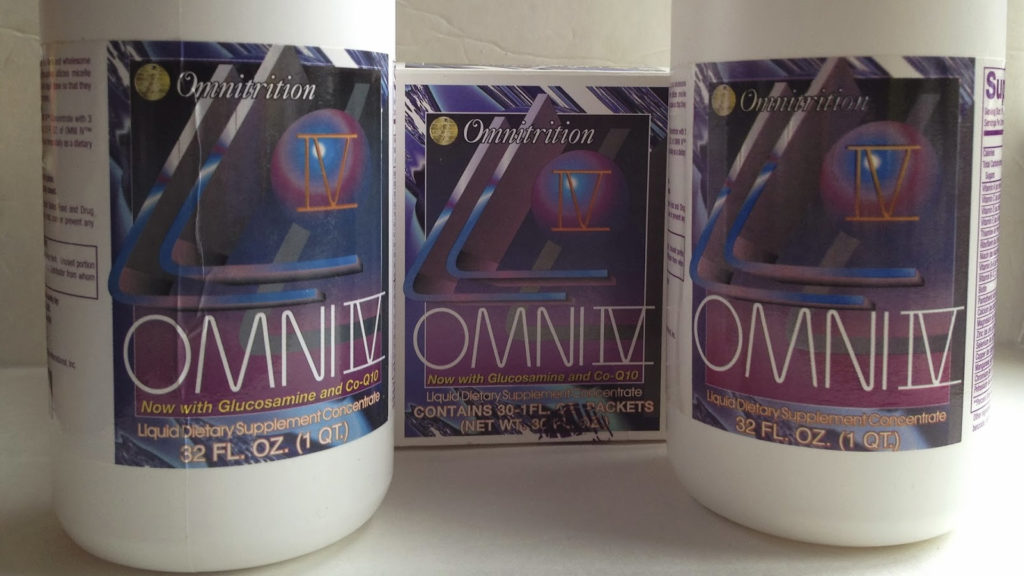 Jeff and Kim Johnson look like two aging Barbie dolls. The couple, who are in their early 40s and 50s, are purveyors of Omnitrition, a weight-loss supplement company. Their promotional Facebook page is plastered with photos of the two donning salmon-colored tans. On the beach and at dinner, usually featuring promotional captions about Omnitrition. Omnitrition’s slogan is “Nothing Tastes as Good as Skinny Feels!” They sell supplements that come in both liquid and capsule form that is intended to encourage weight loss.

Omnitrition expansive roster of products varies significantly in price – from a bottle of fiber capsules at $24.95 to the Omni Drop kit ringing in at $474. The Omni Drop Program, which has been called one of their most popular “programs,” is marketed to curb food cravings. The drops contain vitamin B, natural phosphate, magnesium phosphate, and HCG, or human chorionic gonadotropin, a natural hormone that is produced during pregnancy.

Legally, HCG requires a prescription. The Food and Drug Administration has not approved it as a weight-loss supplement, and according to WebMD, the government agency has sent out warning letters to companies like Omnitrition that are marketing HGC as a weight-loss product. Promoters of HCG claim that the hormone can reset the body’s metabolism, thus putting your digestive system in overdrive, forcing it to shed pounds at lightning speeds. However, HCG carries a vast series of side effects, including stomach and pelvic pain, headaches, mood swings, fatigue, and depression. For men, HGC can spin hormone levels out of whack and cause gynecomastia, or the enlarging of breast tissue.

According to Drugs.com, young males are most susceptible to adverse side effects. Yet, the use of HCG didn’t spring out of nowhere. In the 1950s, A.T.W. Simeons, a British endocrinologist, prescribed his obese patients HCG to suppress their hunger. He claimed that the hormone was only effective while on a daily 500-calorie diet. Although the FDA and the general medical community have deemed HCG as bogus, Omnitrition and other multilevel diet supplement programs are touting it as a miracle worker. Despite the studies and official warnings against HCG diets, its popularity continues to grow. Sports dietician Joy Dubost told Men’s Fitness that after 40 days of use dieters would develop immunity to the hormone, and will need to stop the supplements for six weeks in order for the body to recognize it again.

What are Omnitrition Health Concerns? 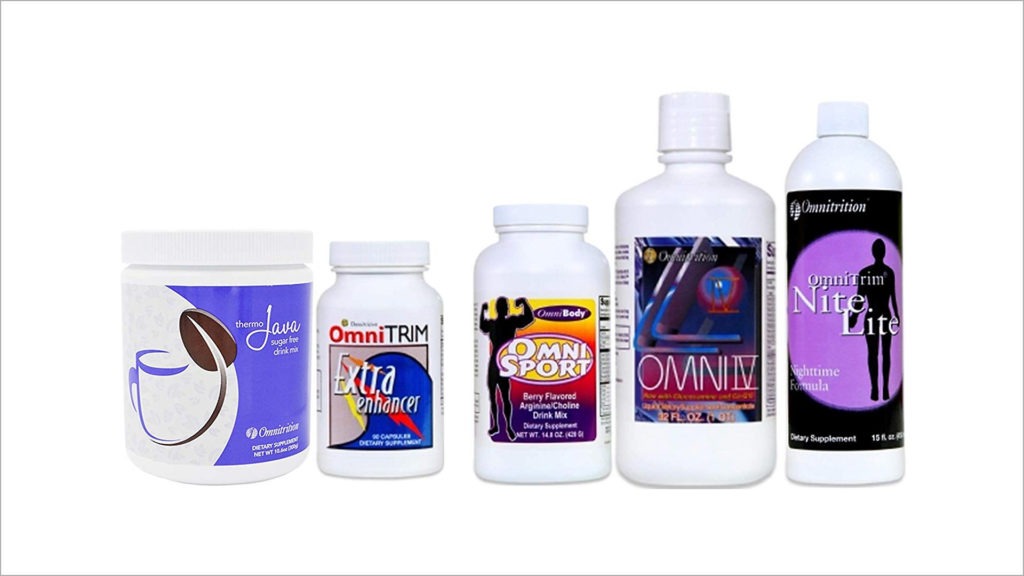 According to the Center for Nutrition Policy and Promotion, adult males with active lifestyles should be consuming around 2,600 calories a day and for adult women, that number is about 2,200. Omnitrition’s diet requires participants to eat less than 25 percent of those recommended amounts. At only 500 calories a day. Omnitrition dieters must follow a strict three-phase plan in order to drop the pounds. The first phase is called “The Loading”: a two-day period when participants have no limit to the food they consume. The Johnsons encourage fatty and sweet foods, claiming that, “you should be full the whole time you are up to during this phase!” They caution that weight will be gained during this phase, approximately two to four pounds, but not to worry, that weight will glide right off in the second phase. Phase two is the “low-calorie intake” term, and the Johnsons estimate that this phase will last between 21 and 45 days.

Dieters are allotted four ounces of both protein and vegetables (about half a cup each), and two pieces of fruit for lunch and dinner. Both breakfast and dairy are prohibited during phase two, although a small amount of fruit in the morning is permitted. Melba Toast is also an vital menu item, and participants are allowed to only eat two slices of the thin crunchy bread a day. The Johnsons insist that participants will lose between three and ten pounds on the first couple days of phase two. The regiment isn’t complete without taking 30-40 Omni Drops a day. This phase also calls for Omni 4 Liquid, an elusive looking bottle that could easily be confused as antifreeze.

The Omni 4 Liquid contains 21 different ingredients at only an alleged 45 calories a serving.

It’s chock full of vitamin B varieties, akin to the levels in a Red Bull that are bound to give someone that hyper and wired puppy feel. The third phase is called “Maintenance” and is 21 days long. Dieters are instructed to double their portions of protein and vegetables. In this final stage, the Johnsons say, “Goal of this Phase is just to maintain your weight loss!” Sounds easy, right? They encourage participants to reintroduce dairy back into their meals gradually and to weigh themselves every morning. They caution that putting on weight during this period will merit a “steak day,” which is a fast that’s broken at dinnertime with a hearty steak free of fixings other than salt. If hunger persists, an apple or tomato is permissible as a late-night snack.

Only two steak days in a row are allowed a week, any more than that and Omnitrition believes that your metabolism will start to revert to its old, sluggish speed. Once phase three is complete, the Johnsons encourage dieters to maintain phase three for 80 percent of their meals, and “eat and drink whatever you want” for the other 20 percent. Exercising isn’t recommended during any phase of Omnitrition. In the case that Omnitrition’s diet program proves to be too treacherous of a challenge, all products are under a 30-day full money back policy. However, if the Independent Marketing Associate (distributors like the Johnsons) decide to back out, they’re not entitled to a refund. Omnitrition provides a lengthy and comprehensive handbook. However, that’s the extent to their customer service. Associates were mainly interested in only talking about the product; any other queries usually remained unanswered.

Is Omnitrition Weight Loss Plan Worth to Try? 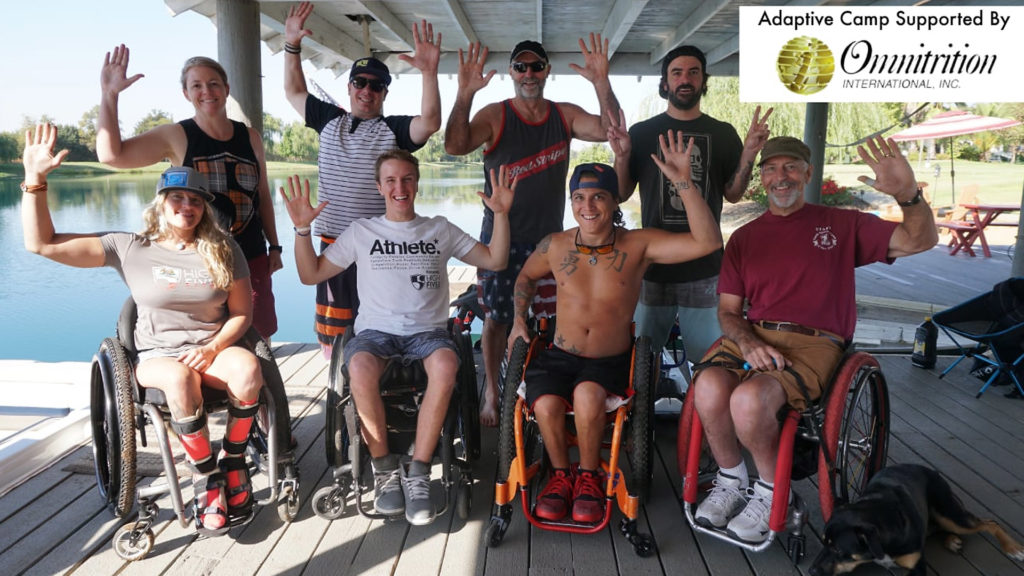 There are many customer reviews that can be found online; some are positive (have to question if they are from real users or paid promoters) and some not so positive. One customer bellow explains how the inadequate caloric intake was not for her.

“I received this product, and I decided to test out the product. Unfortunately, this product is a FRAUD. I further did research and discovered that this company is under investigation due to falsifying its business name and sending out fake Omni Drops. I also contacted the Omnitrition International Company, and they are trying to take this product off of Amazon’s website. The owner of the “GET FIT CAMP” has also contacted the police and is also doing an investigation. I personally called the telephone number that came with the product, and it was under a guy named “STEVE.” I would like a refund. Do NOT waste your money on this product…it will not work!!”- DeeJay

Like all other Omnitrition salespeople, the Johnsons’ best form of advertisement is themselves. Their “before and after” photos loom on the top of their Facebook page: images of bloated and flabby bodies in bathing suits sit next to ones of toned and trim physiques. They’re literal testaments to the power of Omnitrition. There is no training or certification required to break into the weight loss business. There are only scripts passed from one salesperson to the next, in hopes to convince one another that a pregnancy hormone and extreme calorie cutting is the key to weight loss. If losing weight is a top priority, Omnitrition is the most dangerous way to go about doing so. Doctor’s recommendation is to stick to exercise and healthy meals.

*Please keep in mind that with any diet or weight loss program, individual results will vary.

ConsumersCompare.org is an organization providing product ratings and reviews of the highest standards. We research you benefit!